Compared with VTube studio, what are the advantages of VTuber Studio?

As a virtual youtuber, we have to know that well-known software such as VTuber software exists. VTube studio and VTuber Studio are more well-known by VTuber. You are not mistaken, these are two different software, although they only differ by one letter.

If you are not very familiar with them, I will take you to understand them briefly, and finally you can go to their respective official websites to learn more about them!

VTube Studio is a vtuber software for virtual YouTube users. You can bring your Live2D model into the live broadcast interestingly and increase the joy of life.

VTube Studio is suitable for iOS (iPhone/iPad), Android and Steam (PC/Mac) terminal devices, which lowers the threshold for users. VTube Studio supports face capture technology, which can be used for face tracking through a webcam (using OpenSeeFace) or a connected iPhone/Android device as a face tracker.

VTuber Studio, also known as Live3D studio, is a live broadcast tool brand. Its live broadcast tool VTuber Maker is the most famous. It is an application for VTuber to create live content. It has built-in Live3D models and supports importing your own interesting models.

VTuber Maker is used in the PC-side window computer. Based on facial capture technology, only one camera is required to complete facial motion capture, and it supports Leap Motion hand motion tracking, making the 3D avatar present more interesting actions.

Why are more vtubers willing to choose VTuber studio?

Virtual youtubers who have used these two softwares know that they will choose to use VTuber Studio directly in the end. Then you can ask, why does this happen?

From the perspective of professional evaluation of Vtuber software, I have experienced these two softwares respectively. I think VTuber Studio has the following major advantages:

As we know, if you need to become a virtual anchor, the first thing you need to think of is that you need to have a virtual avatar, whether it is Live2D or Live3D, it will eventually be presented in the eyes of your audience or friends.

Perhaps you have also consulted on the cost of making Live2D/Live3D models. This will be a large budget for those who are aspiring to become a slave host at the beginning, because they are not sure whether they can earn it back. Most people will I am hesitant. Based on this problem, VTuber Studio has different solutions.

The first solution is to directly use the built-in free virtual avatar, you can directly carry out your commercial business, and all the official authorizations are used. The following is an overview of the many virtual avatars they provide.

The second solution is that if you have already spent money to make a 2d or 3d model, then you can import and use the model yourself, which will not cause the problem of being unusable at all. Please note that they currently only support the import of VRM models, and the size does not exceed 50MB. If it exceeds, then you need to ask the official staff for assistance.

If you upload the model yourself, you can read the official tutorial.

The third solution is to provide customized services with very low fees, and help you handle the model throughout the process, and provide it to you. Any problems encountered in the process will be dealt with by the official team as soon as possible.

It is not difficult to find that all-round solutions will bring users all-round escort and avoid more practical problems.

Leap Motion is a hand motion capture smart hardware based on computer vision. For detailed links, you can search for "Leap motion" in Google. For personalized live broadcasts, you need to match gestures during live broadcasts to make the live broadcast interactive effects better. Therefore, hand capture is a basic requirement.

Based on the intelligent analysis technology of sound, VTuber Maker has the function of lip synchronization, that is, when the performer uses the microphone to record the sound during the live broadcast, it can automatically match the lip shape of the model.

The mouth shape of the model is closer to the actual performance, which can make our virtual avatar more real, more flexible in interaction, and richer facial movements, which improves the live broadcast effect.

For example, I added a pattern to the virtual model.

5.You can use your own model

Earlier we mentioned using our own model. As you wish, this function is completely open and can be imported by the official. In fact, when we actually broadcast live, we often need to use our own model, because each of our virtual anchors has different characteristics and preferences, so the virtual images represented will also show various personalities.

Therefore, being able to use your own model in the live broadcast tool is a feature, and it is also a feature that all users expect.

If you are an ongoing VTuber or you are planning to start, then VTuber studio will be your first choice, of course VTube can also be your second choice. The vtuber software itself does not conflict, and multiple ones can also be used at the same time. 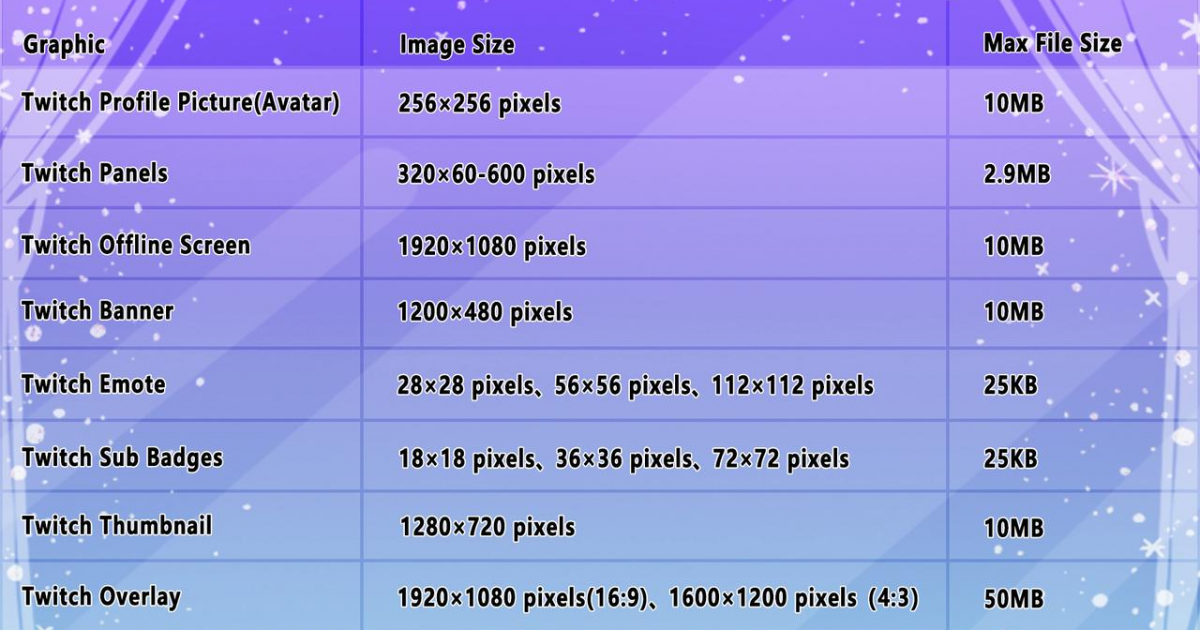 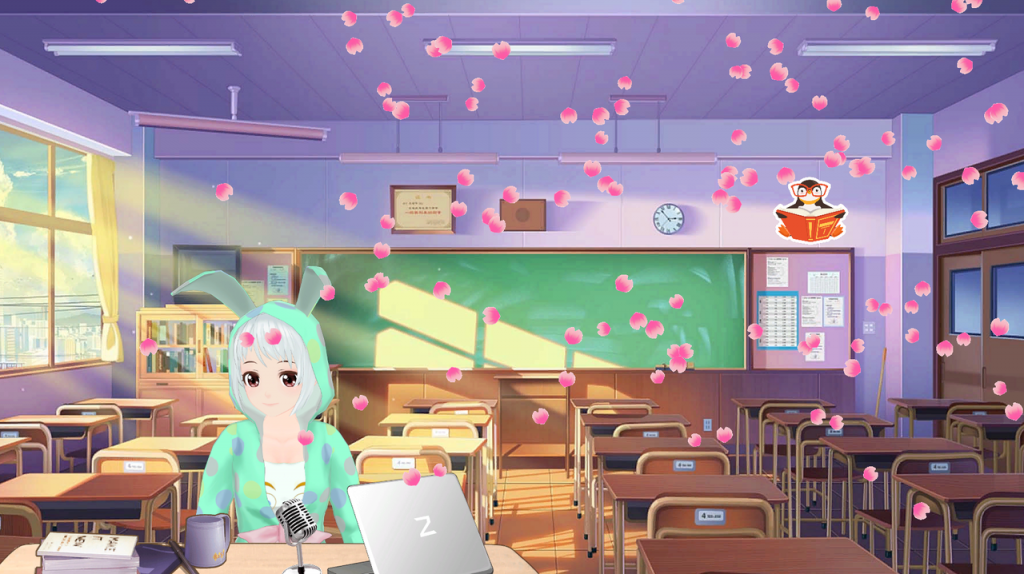 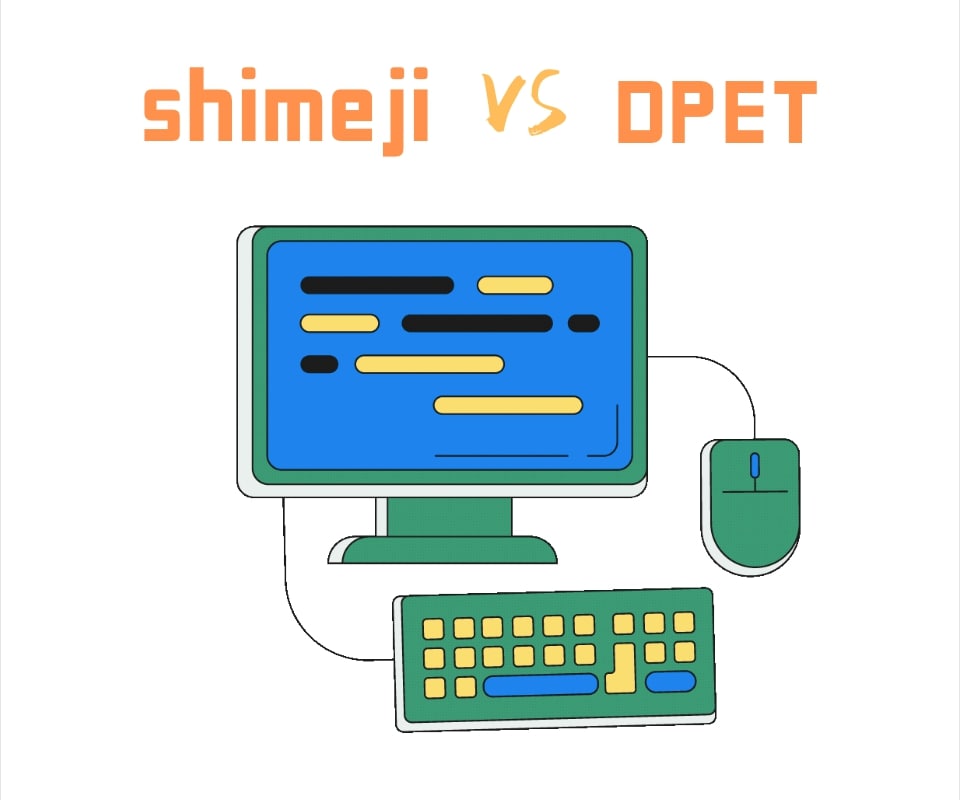 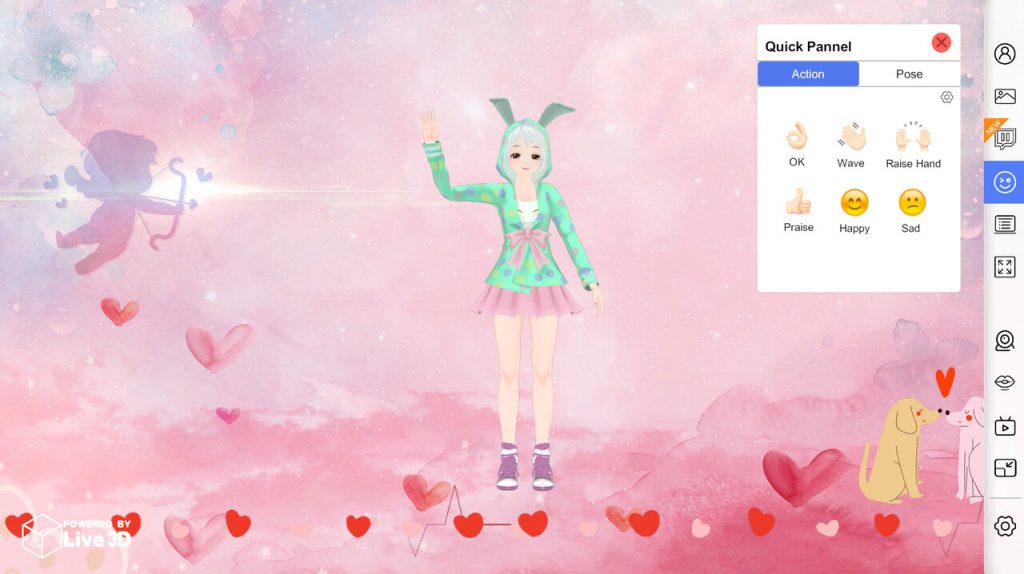 How to Make a VTuber Avatar - 2022 Ultimate Guide

How to use Twitch Extension: Virtual Effects | VTuber
VTuber Maker